The Bonsmara originates from South Africa, it has been scientifically bred and strictly selected for economical production in extensive cattle grazing in sub-tropical climates. In 1937 it was generally noted that British breeds did not have the required heat tolerance for the sub tropics and that the Afrikaner did not perform as well in terms of calving regularity. Professor Jan Bonsma decided to test different breed combinations at the Messina Livestock Research Station. 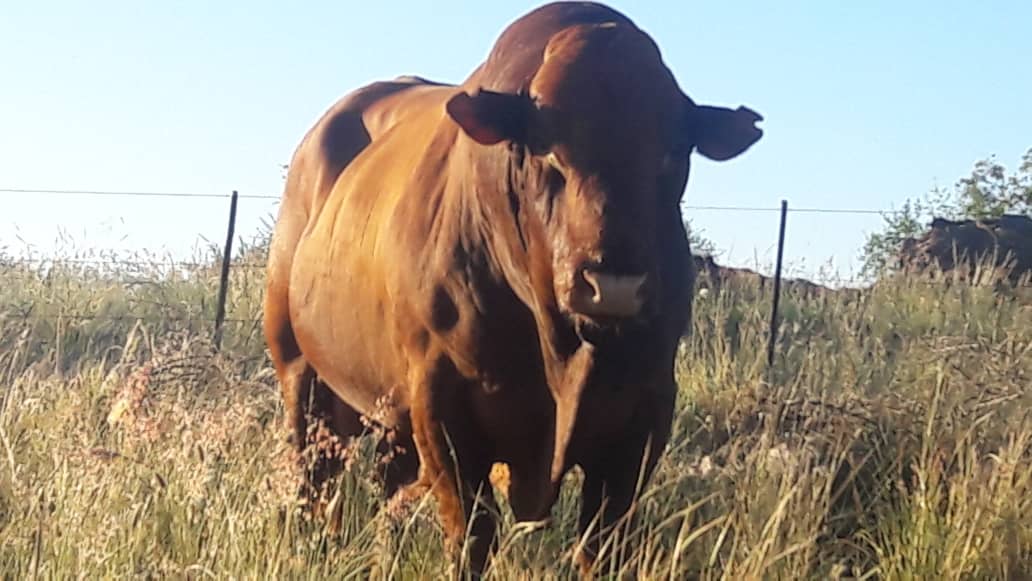 Bulls of five British Beef breeds were used on Afrikaner cows and the progeny then performance tested. After pilot trials it was decided to continue only with the better performing Hereford and  Shorthorn cross-breds. Ultimately three-quarter Afrikaners were mated to half-breeds to obtain progeny with 5/8 Afrikaner and 3/8 Hereford or Shorthorn blood.

The first results were already encouraging. Under the management circumstances prevailing at Mara in those days, the weaning weights of the crossbred cows were on average 195kg at 240 days (about 20% higher than those of the three parent breeds). Likewise the calving percentages of the crossbred cows were appreciably higher. The calf mortality was much lower than in the British Beef breeds and close to that of the more resistant Afrikaners.

Through strict selection of breeding animals rapid progress was made. Within 20 years after the initial cross-breeding trials a superior cattle breed, performing better than other breeds in the bushveld of the Northern Transvaal, had been established.

The name “Bonsmara" was derived from “Bonsma", the man who played a major role in the development of the breed, and “Mara", the farm on which the animals were bred.

Interestingly, Bonsma had a unique method of scale photography, so Bonsmara is the only breed in the world that can boast a pictorial genealogy from the very beginning of the breeding work until the new breed was established.

The Bonsmara has become so popular that it has grown to be numerically the strongest beef breed in South Africa in less than 25 years.

For a more in depth write-up of the creation of this breed click here.

The Bonsmara is red in colour with a blend of Bos indicus and Bos taurus attributes.
They are horned but must be de-horned to conform with breed standards.
Body conformation and traits have all been selected for to satisfy the commercial requirements of todays market.

Today all inspected and approved purebred Bonsmaras are branded with the Bonsmara symbol on the right shoulder. 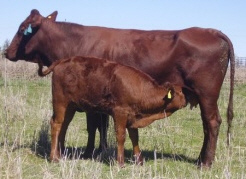 The Bonsmara is mainly bred in Africa, 60,000 registered females are currently being performance recorded with the commercial and seedstock herds, adding to around 4 million head. It has been recently exported to North America and Australia.

For more information please visit the website of the Namibian Bonsmara Association.

This website uses cookies to improve your experience while you navigate through the website. Out of these cookies, the cookies that are categorized as necessary are stored on your browser as they are essential for the working of basic functionalities of the website. We also use third-party cookies that help us analyze and understand how you use this website. These cookies will be stored in your browser only with your consent. You also have the option to opt-out of these cookies. But opting out of some of these cookies may have an effect on your browsing experience.
Necessary Always Enabled
Necessary cookies are absolutely essential for the website to function properly. This category only includes cookies that ensures basic functionalities and security features of the website. These cookies do not store any personal information.
Non-necessary
Any cookies that may not be particularly necessary for the website to function and is used specifically to collect user personal data via analytics, ads, other embedded contents are termed as non-necessary cookies. It is mandatory to procure user consent prior to running these cookies on your website.
SAVE & ACCEPT